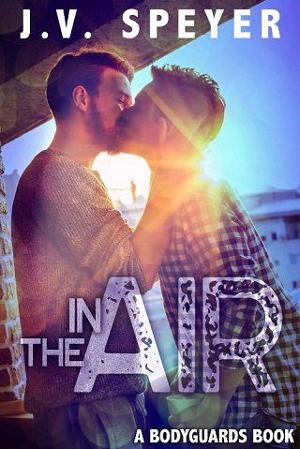 A scientist on a mission. A protector with a past. Two hearts collide in a race against time when a terrorist releases a deadly plague across the country.

Sam Darrow has had one goal in life, ever since he was a small child and his beloved older brother enlisted in the Army. He wanted to keep his brother – and his brother’s best friend, Ken – safe. When he read that more soldiers fell to disease than to enemy fire, he dedicated his career to fighting disease. Now an epidemiologist with the CDC, he’s the first to recognize something’s wrong when a new influenza strain pops up all over the US. This puts a target on his back.

Ken Irvine has come a long way since his days in Bridgewater, New Jersey. First a soldier, then a Ranger, and finally a member of Delta Force, war has left its mark on Ken. Now a contractor with Five Star Security, he’s the first person they call when CDC scientists start getting assassinated. When his one-night stand turns out to be his protégé, he knows he’s in trouble.
When that same protégé turns out to be his best friend’s little brother, all grown up, he’s in way over his head.

There’s no time to sit down and figure things out, because someone wants to put a bullet in Sam’s giant brain. Ken may not think he’s relationship material, especially for the kind of guy who’s supposed to be saving the country, but he’ll do anything to keep Sam safe.
Even if he has to break his heart to do it.