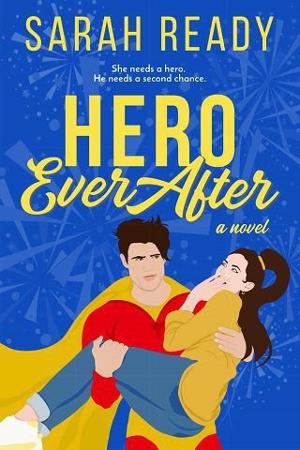 Hero Ever After by Sarah Ready

She needs a hero. He needs a second chance.

Single mom Ginny Weaver needs a hero. Not an average hero. Not an everyday hero. A full-fledge, honest to goodness, super-duper A-list movie star, comic book action hero.
And she’ll do anything to get one.

Liam Stone is a washed-up, has-been, former Hollywood superhero – now dubbed “the super zero”.
He isn’t what Ginny needs.
But Ginny’s six year old daughter is sick and she has one last wish…

So, Ginny and Liam make a deal. Ginny will get a cape-wearing superhero for her daughter and Liam will get his chance at redemption.
But deals come with unexpected consequences, like questioning what really makes a hero, or a family, and whether or not love has anything to do with it.

Maybe, just maybe…love makes heroes of us all.

A feel good, heart-warming contemporary romance about the power of hope, family and love.

New Report "Ever After by Aya Ling"